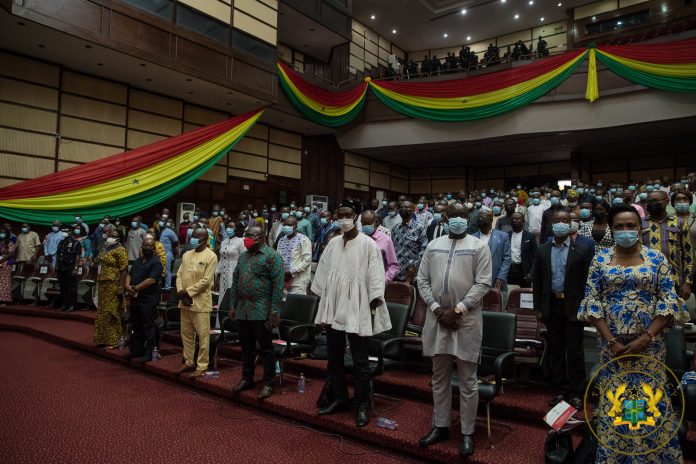 President Akufo-Addo, says he will not hesitate to dismiss any Municipal Metropolitan  or District Chief Executive, (MMDCES), who does not live up to expectation. The President gave the warning at an orientation for the new MMDCEs in Accra. He assured them of the timely release of the District Assemblies Common Fund and advised them to improve the Internally Generated Funds, IGF and use them judiciously. Out of the 261 nominees, 250 have been approved by the Assemblies. 11 more nominees are yet to be approved.

President Akufo-Addo congratulated the approved nominees, saying it is a good time to be a District Chief Executive as it gives them the opportunity to perform to transform the local economy.

He said efforts by the government will be undermined if the Chief Executives do not perform creditably. The President advised the Chief Executives to improve on  revenue generations and not to rely on the District Assemblies Common Fund. The MMDCES will be taken through a 4-day intensive orientation in good Communications skills, revenue mobilization, the Local Government Act among other things.

More From Our Mining Store

The Institute of Local Government Studies (ILGS) was established in 1999 and given legal backing by Act 647 of 2003 as a public organisation. The Institute exists to promote capacity building for district assemblies, local government functionaries and other stakeholders involved in local governance issues. The three principal activity areas of ILGS are: education and training, research and consultancy and information. Its two branches are located in Accra and Tamale to serve the southern and northern parts of the country respectively.